The Range with Lee Kernaghan on 2LT

Sunday Nights on 2LT from 8pm 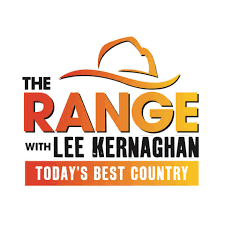 Australian country music legend Lee Kernaghan now shares his love for the music, the artists and stories behind ‘Today’s Best Country,’ every Sunday night on 2LT.

As one of Australia’s most successful country music artists with 34 #1 chart hit songs, over two million albums sold, 4 ARIA awards and 36 Golden Guitars, Lee is truly a champion of the country music scene.

“I’m super excited to be hosting The Range in 2018 and to get the opportunity to play some of the hottest country songs from Australia and around the world,” Lee said when the show first aired on Australia Day 2018.

“I grew up on country and it literally has been the soundtrack to my life. So I’m looking forward to cranking out some great tracks and having people tune in, turn up their radios and be a part of the show.”

The Range with Lee Kernaghan is heard every Sunday night on 2LT from 8pm.